Hi, welcome to my blog. My name is Wayne Zammit and I'm a proud member of IPMS Malta.

In this first series of posts I will be presenting my build of Tauro Model's Macchi C.205. This kit hails from the early 1990's but I only purchased it a couple of months ago from a local kit swap for the princely sum of €4! My first impression as I opened the box was both positive and negative. On the up-side, the kit is bursting with detail such as a complete DB 605 engine, movable control surfaces and various removable access panels. On the other hand, most of these lovely bits of detail were plagued with lots of flash and a number of sink marks. Having said that I do love a challenge and I'm convinced that with a good dose of TLC, this kit will turn out into a pretty decent model of this well respected fighter.

First off - the Engine. The DB605 engine is a little kit in itself as it is made up of no less than 26 parts! I started off by gluing the 2 engine block halves together and then adding the reduction gearbox and prop shaft. The fit was less than ideal but was easily fixed with some sanding and plastic-strips. I then cleaned the cylinder blocks and added some copper wire detail. The supercharger was next. This was detailed with thin plastic wire to add the ribbing. Finally I closed off the block by fixing the crank case cover.  Here's the result so far: 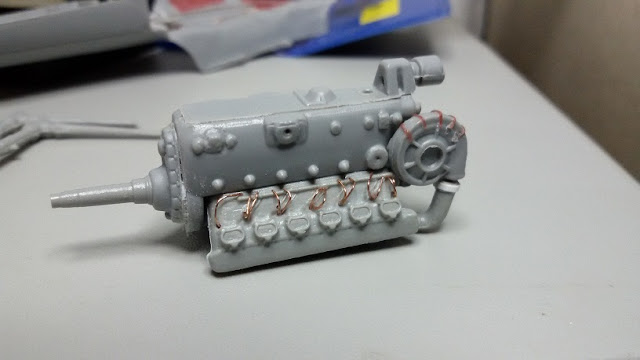 I left the rest of the parts on the sprue for now as adding them at this stage would hinder painting. These will be cleaned and painted separately and fixed to the engine at a later stage.

My next job was he cockpit, starting with the port side.  The kit detail is decent but I decided to improve upon it by adding some scratch-built parts.  I used one of the bulkheads as a template to cut plastic strips into the correct shape.  Holes were drilled as necessary and the plastic supports were glued to the fuselage.  Copper wire was added to add more detail. 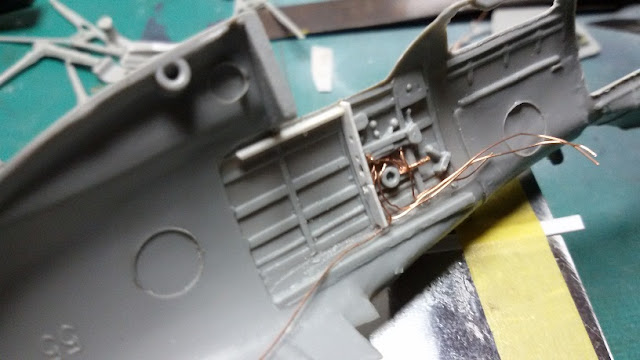 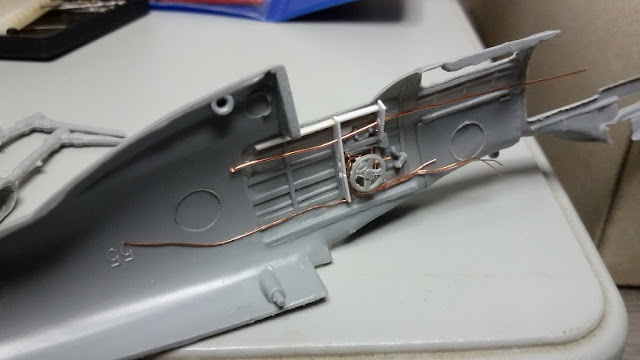 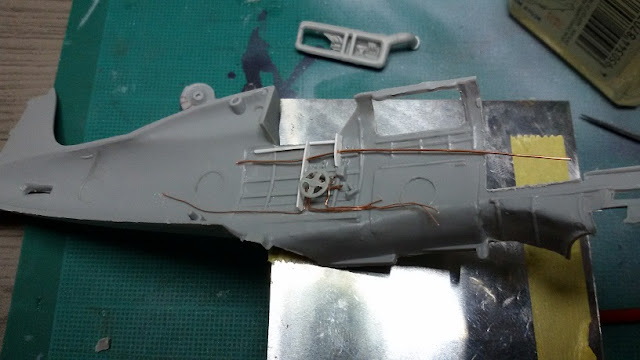 I turned my attention to the other side of the cockpit were similar detail was added. 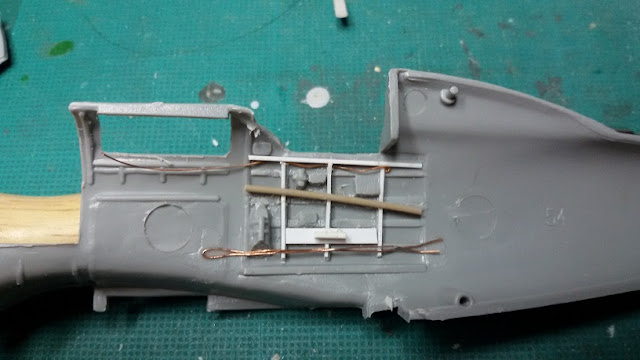 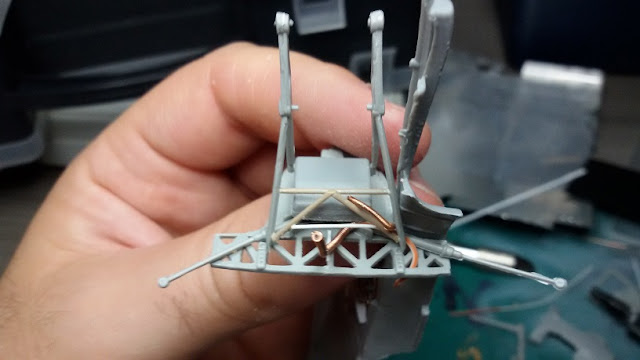 The bottom are of the firewall behind the engine is a pretty busy place, full of plumbing and wiring which will be clearly visible through the wheel wells.  I coiled thin copper wire around lengths of copper and plastic rods of different thickness to create the flexible piping.  You can see a couple of these being test-fitted in the picture above.

That's it for this post.  Stay tuned for more progress on this challenging but enjoyable build.  In the mean time, here's a sneak-peek of the current progress. 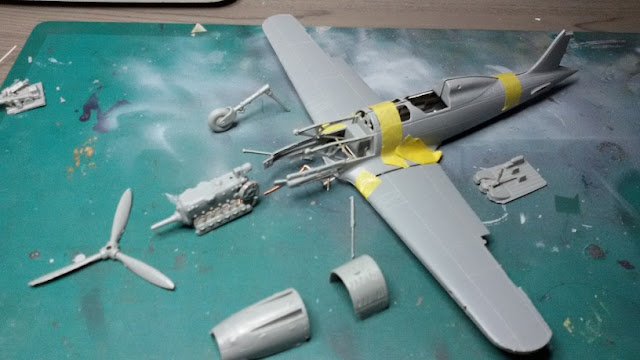